Smith was a photographer for Life magazine and perfected the photo essay while working for them. He could tell a complete story without any words whatsoever. He is well known for being a bit on the bristly side and was a well known perfectionist. When you look at his photographs and photo essays the stories he was telling through his camera still rings true today. Do a google search for him and you will be amazed by how he is able to capture the human emotion, in war time and in peace. Smith actually was on the Pacific front lines during WWII and was wounded by enemy fire. His war images are some the most honest and thought provoking of that genre. In this image think of the story he is telling. What does the photo say to you. Where is this man going? Where is he coming from? And notice the foreboding clouds in the background...lots of symbolism there. 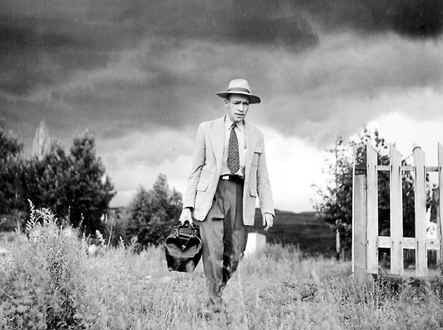 I'm telling you, the guy was a genius at telling a complete story with one photo. Think about Eugene Smith when you are taking photos. What story are you trying to tell with your pictures?