The Ins and Outs of a Photo’s Histogram

What looks like a mountain range with spikes shooting up at random places on your digital camera’s graph display may be able to tell you whether you have nailed the shot right. Unlike film, a histogram in a digital camera allows you assess the quality of your photograph before you get it on prints. In this way if the exposure is not right, you can adjust it and re-shoot the scene within minutes. You might be bewildered at first when trying to decipher the coded message the histogram is trying to tell you. Although it might appear technical but once you know what the troughs and crusts mean, you can capture as much detail in the photograph as you want to.

Working With A Histogram

As a photographer, you can use the histogram to assess the exposure and contrast ranges of your images, and the lighting effects such as harshness or flatness. LCD screens happen to be smaller and well lit which is why it would be difficult for you to properly figure out the detail in shadows and dark areas of the image. When you are shooting digitally be sure to check the histogram to see how well exposed our images are. 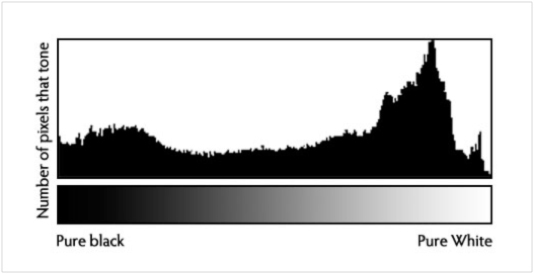 A histogram displays the tonal ranges in your photograph from the darkest black areas to the lightest white areas. All the pixels present in your digital photo are represented according to their brightness level with black areas or shadows to the left, mid-tones or gray in the middle and bright areas or highlights to the right. 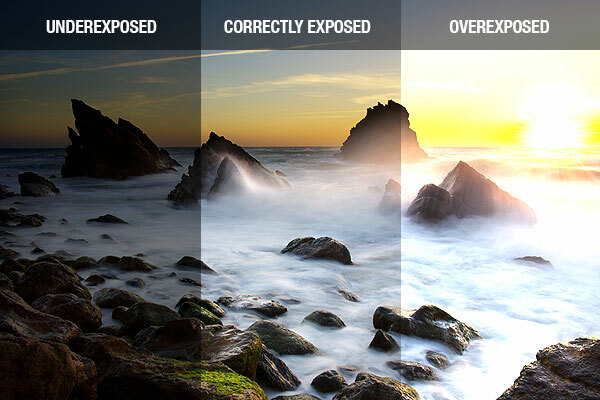 Underexposed images have a pile of black pixels to the left without any white pixels. To correct underexposed images, you can increase the amount of light falling on the sensor by slowing down shutter speed, decreasing the aperture or increasing your ISO. 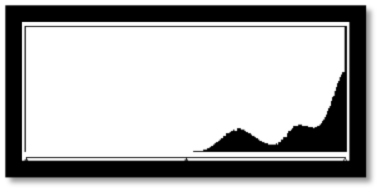 An image with the correct exposure would have neither too dark nor too bright pixels with most of the pixels in the middle of the graph. In certain exceptional cases, there might be dominance in certain parts of the image. For instance, when photographing a black cat on a dark pavement, the histogram would have too many dark pixels to the right for such a properly exposed low-key image. On the other hand, for snow photographing, the histogram will have the right end dominated without any clipping at the right for a properly exposed high-key image. 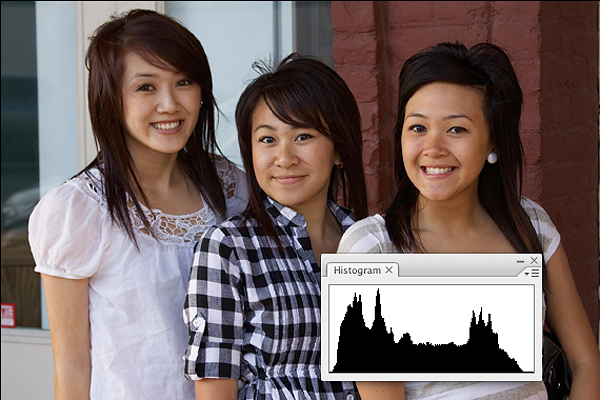 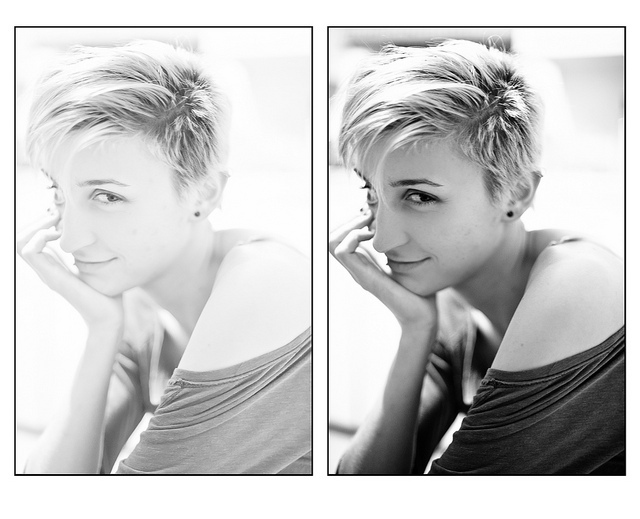 A perfect histogram doesn’t exist. Different subject, photography styles and lighting conditions produces different results. When shooting pictures, just make sure your histogram is not towards the two extremes at either side of the spectrum. Because those sections might appear clipped and have very little detail, which might indicate exposure mistakes. Certain digital cameras also provide color histograms for each color in GB color channel (Red, Green, and Blue). Whether it is a black and white histogram or color histogram, it allows you to capture an image correctly before you pack and go back home. You can even post process your images using histogram with various adjustment layers in image editing software. Keep an eye out on the histogram to see whether you are capturing picture perfect memories perfectly!